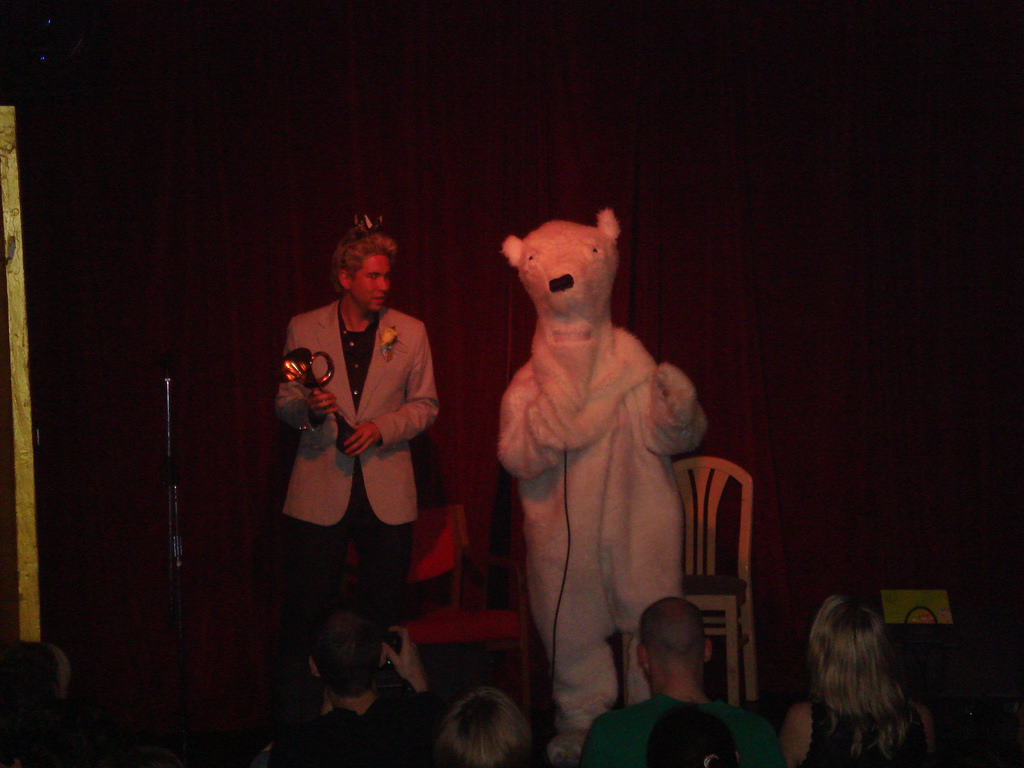 My year in review.

I am having such a great weekend (okay, it’s Wednesday but I took Friday, Monday, and Tuesday off and feel like the lines between weeks and ends are only a formality lately anyway… all work is play and playing right is work). With everyone in town (lele, terrajen, enmicropedias and Michelle, Giao, and many others for LBJ and Rick’s wedding) and Seattle people coming out of the winter woodwork I think this weekend is going to serve as a launching pad of ideas and actions that will sail us all through the next couple years at least.

Thanks to Daniel and Reggie for inventing some awesome music on the spot (the audio of which was captured by Josh S). Thanks to Vladimir the Polar Bear who gave a great motivational speech (SO FAR!) and sang some wonderful songs (including an improved song about probability and foxes… ideas that she got from the audience) (did anyone catch this on audio or video?). And THANK YOU to everyone who gave 1-minute speeches or subjected themselves to interviews (I want to make a list of everyone that spoke on stage at all, I’ll post the full list later) or baked bacon cakes (thanks mizrobot!) or baked dump cakes (thanks yeswad!) or ate easy cheese or helped with the raffle or wore tuxes or wore wigs or modelled the t-shirts or took pictures or drowned in paddle boats on the way or drank drinks or simply laughed hysterically and cried uncontrollably at the higher highs and the lower lows. Life is uncanny and magical and everyone can help make it even more so for everybody else. I had a wonderful time and hope you did too.

See all the pictures that have been uploaded so far on flickr.