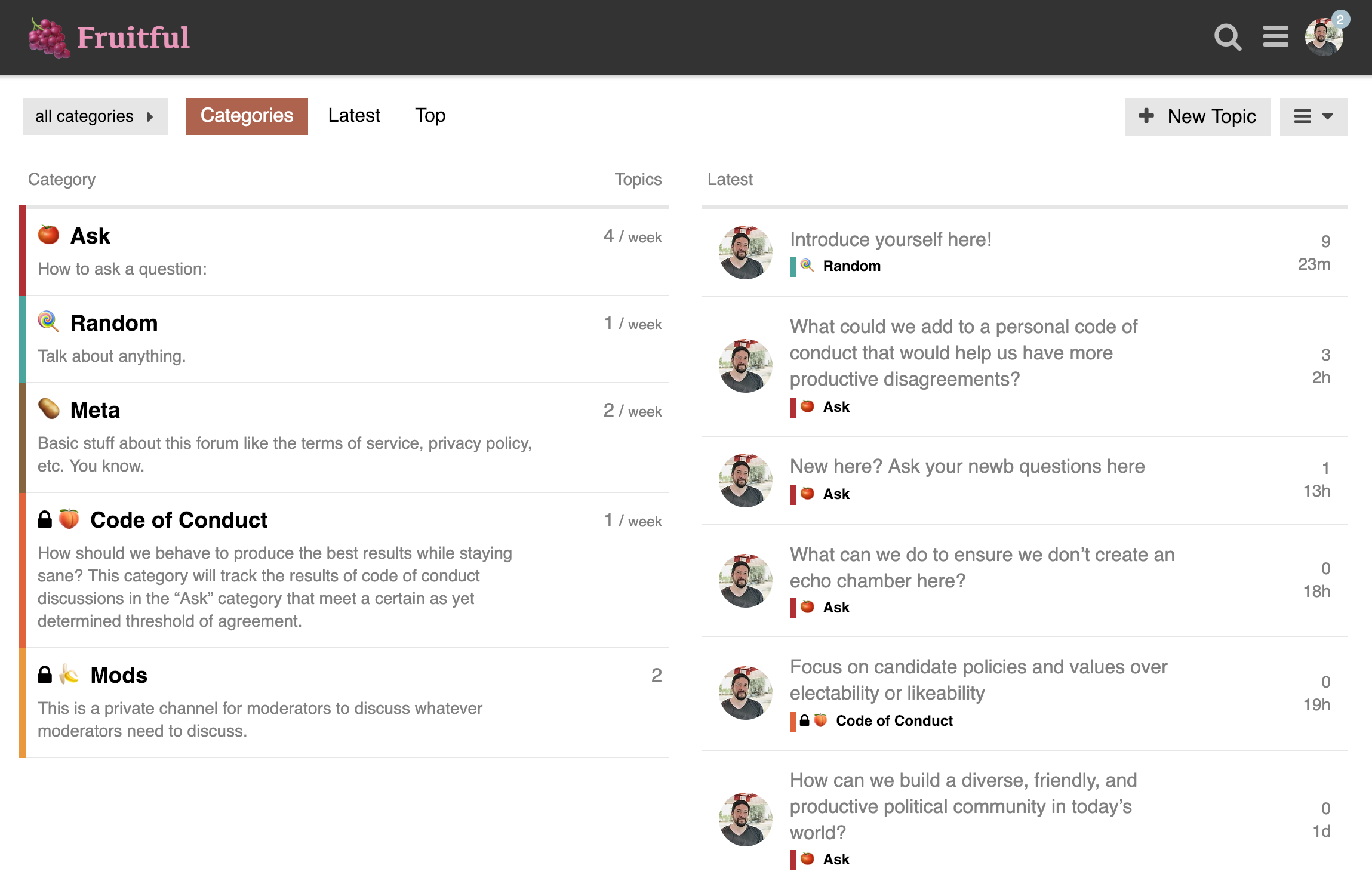 Fruitful will be an invite-only Q&A community around the question of how we can be most productive as humans and citizens during the upcoming 2020 election season (based on many streams of work I’ve been aggregating for my book on productive disagreement). It won’t be on Facebook, and it won’t be ad-supported, and it will be FREEEEE. It’ll be a place to ask questions and get input from a wide variety of perspectives that are quieter and more nuanced than the kind that travel through the news and social streams.

The biggest goal I have is to make it a FRIENDLY AND DIVERSE community, with people from many different perspectives and backgrounds communicating productively.

It’s not going to happen by accident.

To do this right, I’m gonna need your help. This means, from the start, we need to find people who aren’t in my filter bubble politically and demographically, and to work with them from the start as founding members who can help represent views that I can’t represent.

The super tricky challenge is that we’re all going to have to leave our bad faith at the door, and separate our desire for change from our desire to hurt people who resist change.

There are plenty of war zones on the internet if your goal is to merely attack others rather than seek to understand and open dialogues with people. There is a time and place for that too, but it’s not the need I’m trying to serve here. Opening a dialogue doesn’t mean validating them and it doesn’t require you to shirk your duty to your side’s agenda. This is a separate mission, but aligned to the same end goal of doing whatever it takes to improve our current political and life situation, for everyone. The government is currently closed, if you need any proof that what we’re doing is only entrenching political divisions even more, and hurting people for bad reasons.

If you want to go a step further and help define the community, engage with the early questions, and invite the right people to make this all work, sign up for the wait list here:

Only 23 months til the election. Let’s get ahead of it so we don’t get trampled by it.

Added to the Dialogue and Government piles.
Part of the Fruitful project.
January 7, 2019
ABOUT ME