Are we what we repeatedly do? 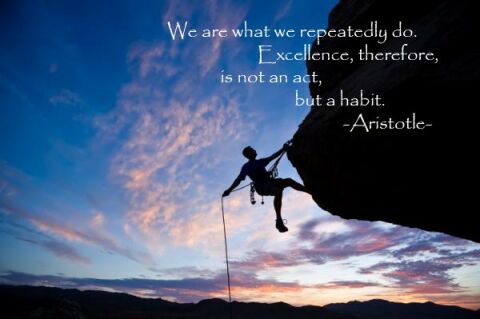 Every behavior change fanatic out there loves this quote. Probably has it on their bathroom mirror.

The formula is so simple.

You = what you do every day

if (what you do every day == excellent)

And also, if you’re trying to solve for excellence…

You now know that

X = do excellent things every day

You + (do excellent things every day) = Excellence

I know what you’re thinking. 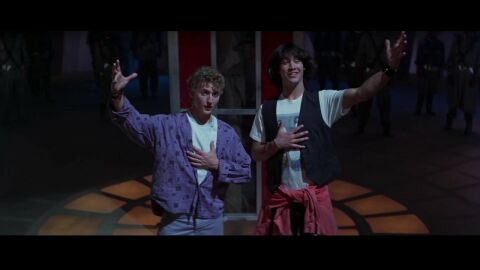 And more importantly, just be excellent.

And here, it becomes clear.

The quote by Aristotle is actually not helpful at all.

Last night I had a great conversation with @e_ramirez, @cwhogg, and @aarondcoleman over a few beers. It was a thoroughly enjoyable behavior-change app-building quantified-self throw down.

Despite all of us having fairly different ideas about to build RIGHT NOW, given the current state of the market, what we know about behavior change, and what works and doesn’t work, there was a moment of clarity when we all agreed on the fact that:

You can’t change what you do without first changing who you are.

Two parallel universes (and a rather cliched example):

In the first parallel universe, you are the person on the scale, and you wish you could read a book, buy a gadget, etc that would help you lose weight and be a healthier version of yourself. This person will have a really difficult time changing their actions, because they first have to change the belief about who they are.

In the second parallel universe, you look at the numbers and you look at yourself and it’s like looking at a stranger. That person ISN’T YOU. Even though you are apparently in their body. This person has ALREADY changed who they are, and therefore changing actions to match that will be a lot easier.

The dissonance of having a strong belief, and living in a universe where that belief seems to be false, can create a huge burst of energy that can then be channeled into changing INTO the person that you already believe that you are. This is the pattern that I hear over and over again with people who were able to change their behaviors:

They already believed themselves to be the person who they were changing into.

Now, of course, that just begs the question.

How do we change who we believe that we are?

That’s because it is.

Anyone that tells you that you just need to “walk one more bus stop every morning” in order to be a healthier person has reversed the formula (putting the easy thing first) in order to sell it to you.

On the other hand, if you believe you are that person already, then you’ve already done the difficult part.