Equilibriums and Limits: a better way to look at most every political issue

Understand the difference between equilibriums and limits. 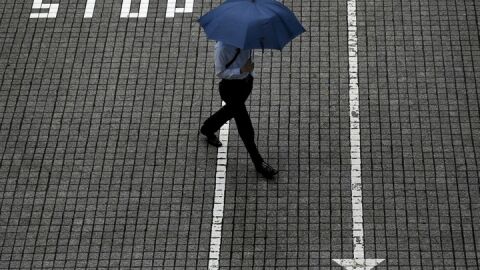 We sometimes think of political issues in binary terms. Is someone pro-life or pro-choice? But most individuals hold views that are more complicated than a binary can capture.

A fool’s choice. If you’re choosing between one thing or the other, expand the pool of considered options.

An alternative is to describe a given position on a spectrum.

Most political stances can be understood in terms of an equilibrium. For instance, some people might believe that access to abortion in a conservative state is too restricted under the status quo, and favor relaxing the rules regulating abortion clinics. That is, they might favor shifting the equilibrium in a “pro-choice” direction.

The stance is relative to the current perceived status quo rather than an absolute position.

Some Americans would feel less polarized and alienated from their fellow citizens if they recognized that some of the people fighting on “the other side” of a polarizing issue actually hold values and beliefs that are strikingly similar to their own.

A way to find common ground is to identify whether your position is about movement relative to status quo, or about an absolute limit at one end or the other.

The campus left wants the free-speech debate to be focused on limits. What if an invited speaker is a neo-Nazi or wants to say the N-word or deny the Holocaust? In contrast, the campus right fares better when the debate is focused around the equilibrium. Across partisan and racial divides, large majorities agree that colleges are not doing enough to teach young Americans about the value of free speech and not doing enough to ensure students are exposed to a variety of viewpoints. In surveys, they express antagonism toward threats of violence and racial slurs even while insisting that, on the whole, campuses should be less politically correct.

In this case, as in others, the “equilibrium majority” is reluctant to make concessions to the “limit majority” because they are concerned about slippery slopes.