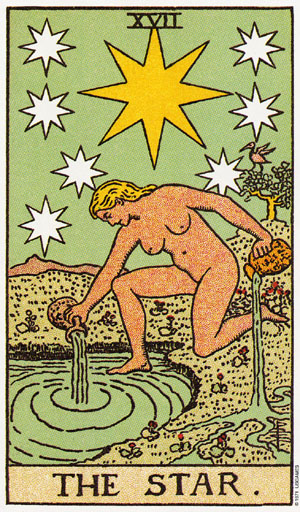 Personal Growth: An optimist sees what is -- and what can be. Open yourself to possibility. Numbers never tell the whole story. Shed your ego; be yourself, no matter what others think. The only truly unique thing you have to share is the person you really are. Unmask!

Work: Surround yourself with visual reminders of your goal because these can serve as guiding lights when you need a way to put the situation into perspective. Expect the best of yourself and your co-workers. You’ll know when the time is right to take action; have confidence in your own judgment.

Relationships: Give freely of yourself and expect the best. Don’t hold back genuine emotions; express them without shame. Consider exploring spiritual goals together. Astrology can offer important insights into compatibility. Let your honesty and openness encourage others to reveal their deepest thoughts.

Spirituality: Prayer and quiet time communicate your openness to guidance from above. Don’t hesitate to share your spiritual side with those around you. Seek out oracles. Allow the power of spirit to flow through you; let your spirituality color all aspects of your life.

Fortune-Telling: Get an astrology chart drawn up. Someone is a little too starstruck. What’s happening now has long been fore-ordained.

Religions: The star that guided the Magi. Aphrodite. Venus. The Pleiades. Moses bringing forth water from the rock.

Fool's Journey: After the darkness, comes the dawn! Just as the situation looks completely bleak, the main character discovers a way to move forward.

Seven Stars: The seven stars seen on both the RWS and Marseilles cards likely refer to the seven classical planets. They orbit a central flamboyant star, which Waite, in The Pictorial Key to the Tarot, describes as a Masonic symbol.

Eight-Pointed Stars: Depending on the deck used, the number eight suggests the work associated with expressions of strength or the delivery of justice. Eight, the number of action, doubles four, the number of persistence and stability.

Pouring Water: There’s no conservation going on here -- the figure on most Star cards bears an inexhaustible supply of the Water of Life.

Nudity: Nudity communicates innocence, openness, and shamelessness. On some cards, like the Star and Lovers cards, this is a good thing. On others, like the Devil card, it's framed as a weakness.

Ibis: The ibis is a bird seen in the background of the Star card, and is the representative of Thoth who was the master magician of the Egyptians. It is associated with the idea of both initiation and meditation.

Land and Water: Occult decks frequently draw Temperance with one foot on stable land and one foot in emotional water. A dive-in-or-get-off-the-dock approach assumes extremes are the only options, but they aren't. On the Star card, the figure pours the Water of Life over both land and water,